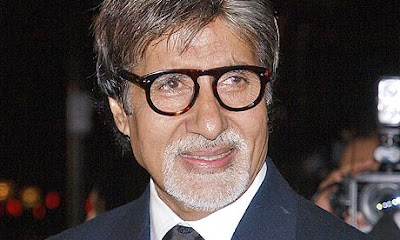 I come back after reading or rather scanning through what the two Indians on Guardian circuit wrote of you slumdog and the rest on janary 14 and 15.
Objections first, Where is the need to criticise your views if they differ from what is their own perception. I for one do not like criticising for the sake of criticising someone, that is what it appears at first sight and on a second thought I see it as a plausible means to promote their wagon forward by roping an unarguably best actor into drudgery. That they have the right to say what pleases them is understandable but in that same light they should also allow others (brother) to say what the understands or feels! we live in a democratic world don’t we! Does it always mean that two persons think of a project in entirely the same words and sense as the others. I disagree!

Now the most pathetic remark of disowning India by the two who took to raising a toast to the Danny Boyle or westerners comes more as a surprise. That one of them went to the extent of finding the actor to be incapable with his english version of The last Lear and equating his wrath with his inabilties to impress the western world at large is unthinkable. Do they know of the ongoing Hollywood and western projects that have come his way at the age of 66. Amitabh Bachchan is a Director's actor, if he was sloppy in The last Lear (their view) should be directed upto the director and not the actor! Brother has been miserable in the hands of several poor directors yet very outstanding with those who know their craft well!

I would not like to even utter the names of the two contributors ! What have these two Indian men done to promote India if it is the India that we all know that exists torn between rich and poor, between haves and have nots, and classified into middle upper and poor classes at large. How many times do we have to tell ourselves that there exist pseudo Indians amongst us who have no positive role in making India a better place yet do not mind taking a dig whenever the slightest opportunity presents it self to mock at the country of their origin. Probably I can recount the old famous proverb tjough little indecent - Angrez chale gaye par apani aulad chhod gaye ( English have left but have left back their offsprings!). This goes well for the description of the two contributors to guardian articles. They may take me to the court for this and I wll be able t defend myself without any support from bench!

I for one would not disbelieve into what they talk of India statistically but the fail to understand that Indians are the best breed of intellectuals proving their mettle in several different fields all across the world. Where do you find such a huge talent of educated Indians who exist for what they are despite such humble beginnings as India no doubt is poor in its resources.
If the two gentleman would be able to give it a thought they would soon realise that just by dragging Mr. Bachchan into controversy is not going to add substance to their views. I would always like to believe that despite all our failures as a nation, in spite of so much backwardness and slum dwellers India has progressed and continues to progress. If they could tell me of their digs at some of those in Government or in the industry who are actually responsible for the poor state of the millions in the country I would like to know the links to their such articles. In other words what have they done to improve the situation rather than just report to please their employers.

I quit now for I understand repeatedly telling the same stuff in different phrases and context can not lift the gentleman contributors to the two Guardian articles. I know it is their bread and butter to write what pleases or satisfies the west but at what cost! You can’t raise a finger of accusation at our very best. We do not claim to be good at English so if the last lear was poor in language does not mean that we should take everything else thrown at us as a jewel in the crown!

This has gone far too venomous than I intended it to be yet there would be millions who would join my voice against such reporters who take pride in telling of the poor state of the state yet whisk away from any responsibility of their own!

I am disturbed disgusted with these westernised Indian reporters. I know Boyle would be boiling because he could not rope in Bachchan for the role he did show well on television porbably he could not afford his price or convince him, he could not even sign the second fiddle of the KBC the Sharukh Khan that he had to agree for Anil Kapoor. With due regards to his talents, he made a good comeback in Taal a few years back, after seeing the Making of SM on Times now I felt he had confused acting with shouting and loud expressions, he was doing the game show like what he did in a road scene at Mashal so very effectively. We are Indians and we do not have the sophistry of West we do not claim it either.

To smmarise, the heap f praise that is generally harped upon movies and publicity stunt that movie makers seek these days it is only expected that Mr. Danny Boyle would get an oscar and then put a label that it is the first Indan film to win Oscars. coolly forgetting the feats achieved by Gandhi. Again Gandhi got the awards as it was a film by the westerner, with due apologies to bring Sir Richard Attenborough to use it as an argument.
Yet I may add here that I have my own criteria to judge a film, every individual has his opinion and it matters to him the most. I have not seen the Ghazini the most succesful venture and probably having read and heard of what it is all about I may not consider viewing that film so where is the question of promoting Slumdog Miilionaire who did not even make efforts to translate the slumdog part of the tilte. I take serious objections of the choice of the naming of the movie.

It may in the end be a good movie but the hype might have created a positive impact on Western world, India should raise its objections and get not only the title of Hindi version changed but also show some respect to a country and rename the slumdog part of it from the movie.

Abhaya Sharma, India, January 20 2009 12:02 PM IST
Post scrpit: I must congratulate the Guardian on catching Amitabh Bachchan in a very reflective mood, a very good picture indeed, bestowed with ultramodern technology they (West) do have an upper hand in technical aspects of the film making.
Posted by Abhaya at 10:34 PM

Hello my dearest...
How are you doing...? I hope you and your dear framily are fine..., how is your beautiful Mrs.Savita and my cute prince Amrit..? is he fine now.., i hope that there is no more fever.., and he had been completely recovered.., god bless you all..

Thank you so much for providing the engish translation to the beautiful words of Dr.Bachchan..., how profound they are..., it's so kind of you to think about us and share of us those beautiful lines..., thank you so much..

And thank you so much for the 2 links.., god.. you have a very sweet voice..., reciting those paragraphs was very touching.., that made me shaking..., loved it so much..

Actually i wasn't in a good mood the past few days.., but watching these 2 nice clips was really heart warming.., thank you so much

I had sent Amrit a small parcel.., i hope he likes it..., kindly tell me when you receive it...

Take care and my best wishes to all of you..

I just saw the comments over here. You seem to be so cinsiderate in showering praise due or undue to me. I do not always deserve to be heaped in praise all the time.

hat I did the translation for you and others was out of my love for you as well as Dr. Bachchan. Alas, I do not have much time and capabilty to translate everything into English,

If you liked it sicerely my efforts have been rewarded. My respect for Dr. Bachchan has been houred.

I know the contenst over the guardian reporters did not get oublish even after two submittings. It is OK.

I think we all need to be little forgiving of others and God saw to it that these comments were not worthy of inclsion at brother's blog. I bow to the almighty.

Yeah there have been no fevers exactly but general weakness persists both with me as well as Amrit.

Amrit would be thrilled with joy the day he receives your parcel for him. He is likely to perform in a group gance on Republic day of India for his school. If you liked you may find more of the videos on you tube search for abhaya sharma on youtube. or maybe abs31may, my that account was pilfered so I am not able to upload more videos there.

It seems my website abhayasharma.net is now working and I will upload some videos there.

My undiluted infinte love to my Cute little chubby Reeham!

Give my regards to Reshmi when you write next to her!

Please do not bother about Abhayasharma.net it still behaves funnily, someone is really playing with it! I can't figure out who ad why!