On belief, faith and New World .. 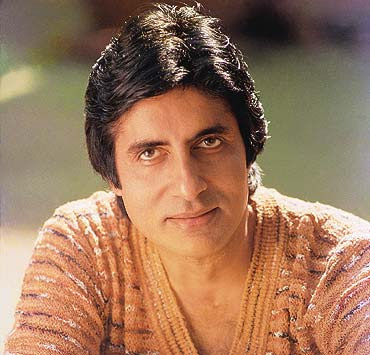 Belief is vital. It can make you conquer the highest or force you to succumb to the lowest.

Indeed a very true statement of a fact. The belief coupled with faith and entwined with respect, where it is due, could install the very idols and ideals for which human mind has ever evolved to love and live this life, to be able to define its greater existence on this earth. A mind devoid of belief, a thought without faith and respect without commitment - they all go on to make up very ordinary human beings - the ones like Abhaya Sharma - those who would only be counted for as also lived on this earth and nothing more!

Someone who is able to see logic and act according to the tide of the waves alone can cross this river of life successfully. The ones who keep drooling over the possibilities and not acting would not only fail to cross the river but may even drown if they do try to cross it sometime with negative thoughts and abject thinking that waves would take them to the shore.

My dear brother- you are a fine swimmer, you have scaled many a miles and have also helped the cause of what should constitute a lesson for several. The struggle is part of our life yet you have struggled to emerge what it takes to be an Amitabh Bachchan. If I appear to be trying to please you it still is with that great thought in the back of my mind that someday probably I too could learn to be a bit like you - successful and symbolic to the rest of the world. Alas, I do not have the qualities or rather I did not develop them at the most appropriate time - that I could not collectively put across to the world what was their in mind - that I did not have the courage to take the bull by horns and fight out for the fear of a defeat! It is all right, it is not that every one can be as big an achiever as one wishes to be! Regret is the last word in my dictionary and hope is the first. I live in the hope that a new dawn is still possible, that terrorism and destructive agencies would be eliminated with a collective effort of the inhabitants of the earth.

I think I have started crossing my limits and maybe Kashmira ji would again issue warning signals - to not to make casual statements on the blog, website or anywhere on the net. I ask - pornography is allowed - promotional activities in the form of advertisements are permissible - Pirated version of music movies and material is granted but pure mind expressing himself of his dream to unite the world through net is considered inappropriate - is castigated to be as random thought and to be dissuaded from being put across to the world! I would rather face the consequences than not express my mind!

Someday it should be possible for me to be able to be heard, to be noticed and acknowledged as a man of substance, someone who could see the light at the end of a dark tunnel - someone who could bring every brother into the arms of the other! If I sound emotional or sentimental for this world - it belongs to me as it belongs to anyone else - it is where I work and it is where I shall pray to enact a new world - ek nai duniya ki chah liye mai nikal pada apane ghar se...

Brother, before this conversation gets into an endless loop, I would rather wish to inform you that whatever I wish of this world can only be achieved by someone who is well recognized, is heard and believed upon by the rest. I have no hesitation in announcing that- that someone could be you- The Amitabh Bachchan of the world! Will you someday evolve into a role in the real life that could go miles to promote peace harmony and brotherhood! That it is possible is what you should not doubt – Even lord Hanuman was to be told of his possible strengths to conquer what he actually could! You are like a modern day Hanuman- who somehow does not know his real powers- the real charisma that has been bestowed upon you is not to be wasted in doling out one successful movie after another - it is to be capitalized to make this earth into a paradise or atleast take it somewhere towards such a possibility!

We have to work together on some project someday. This we here is not just me and you, there are host of men and women involved - a great number of actors, organizations and countries would need to come forward to rewrite the life on this earth. There are thousands of natural challenges that one has to live with why to create man made disasters and engage ourselves in disruptive acts!

I end abruptly! But with love in no small measures !!