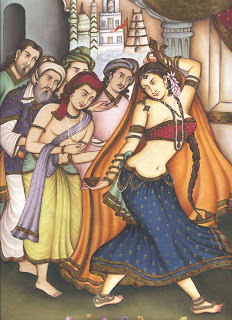 .. I struggle with the foreword for Madhushala and still have not gone beyond the first few sentences. It is a daunting task but I shall prevail upon my will and shall indeed complete it.

We understand that you are a multitasker - then why should it be a struggle for you to be able to find time for doing it! if you say it is a daunting task, all task till they are truly accomplished appear daunting. I remember you have on this occasion used the correct form of the word foreword and also added a preface in the similar context. That I doubted your intentions of doing it deliberately - using wrong spellings for this word on two occasions from forwards you went to forewards before you actually came onto the foreword! It is OK, I realise you are older than me and have more right to be wrong with some such silly things as spellings- even if it is only once in a million times.

I find that you have been trying your level best to keep in touch with us and ever trying to identify newer ways to define still better means to be able to interact with us! ismein bhala kya koi chaal ho sakati hai! Who knows your adversaries in media still able to find something objectionable and report Amitabh goes on to spend more time with his Extended family than with his work! Ha Ha! let them and others derive any meanings of how your acts and objectives are supposed to be understood and interpreted by their conservative and constricted thinking. Let them have the pleasure of being able to pinch your bottoms if they so like - they would soon realise the futility of their acts.

I would not like to be longish today I know despite our sincere advise you are not going to slow down and relax - then atleast I can be shorter in my write ups so that you have less time to spend on it and carry on with more important things in life! especially the one mentioned at the beginning of this post!

Which language of Hindi and English have you chosen to write the initial foreword to Madhushala, if you permit, shall I not request the members of the EF to give their feedbacks so that it could help and accelerate your task to completion - though I also believe that a foreword is to be written as a singular effort than mixing it up with others! It could still act as an organiser of ideas and be of some momentary help to initiate the completion of the task!

I myself know so very little about the great poet that I find very few words to be of any help in this regard - still I probably feel that his struggle defined his life and he took it in his stride to prove to the world - did he say that jis din jeevan mei sangharsh nahi hoga us din is jeevan ka kuch arth hi nahi rahega! I will need to check the volumes of his AB (autobiography) to be of some help in this context.

Madhushala was first published in 1935 that is quite some time back by any imagination that it is still relevant today goes to the credit of Dr. Harivansh Rai Bachchan - great poets or rather authors are the ones who can think ahead of their times or think of things that are yet to come -

That the poet could link his poetry to be of social significance is clearly evident in this verse- he conceived the idea of tavern on the way (Madhushala) as an integrator!

I hope you got to see the match I had given Indian a slip as I had taken the anti-allergic tablet and was feeling quite sleepy and in between I also did write to your blog! There were some other reasons for not watching, I have seen that whenever I am watching a game involving India, they generally do not do so well! the effect was realised today! Sachin first with Yuvraj and then with Dhoni shaped a scroring pattern that went from high to higher to highest number of six in an innings – that were registered by the Indians in a ODI game - that incidentally is equal to the world record, had there been one more the record would have shifted to India. It is all right.

Man called Dhoni has got some ideas that are getting too restrictive in his approach, on such a run spree that NZL were almost on their course he did not ever think of handing the ball over to partnership breaker Sehwag- He like Amarnath has done it for India a good job in this respect. Dhoni probably would have his own set of reasons to choose the path or course that he chose but I could tell you if it were not the superb run out of McCullum with score at 166 India would have been sitting ducks despite having 393 runs on board!

Sachin Tendulkar must have played a great knock and early departure of Sehwag somehow helped it in the sense that He took the onus of setting a defendable target on himself. What a knock it must have been! I haven't even seen the highlights! At some stage I was contemplating that a score in excess of 300 may only be a distant possibility yet Sachin, Yuvraj, Dhoni and Raina all had different plans and with 18 sixes (collectively), they took the score to 392 for 3, Raina had only five sixes and no fours in his important 38 runs! His run out of McCullum was the turning point though ninth wicket pair in Mills and Southee did a lot more than one would have anticipated!

The umpiring was below par - The ball of Yuvraj singh was clearly drifting further down to the leg side. It is all right but when the technology is available and if a wicket could stand between a win and loss for a team, I feel there is no harm in asking for a referral! This is second time the umpiring has gone against the Kiwis in this ODI series! Why could that happen! and both times the unfortunate man was Martin Guptil - once to Harbhajan and now to Yuvraj! India must thank the NZL umpires if they have become unassailable with a 2-0 lead - with only two more games remaining for the ODI rubber! India can not lose the series from here!