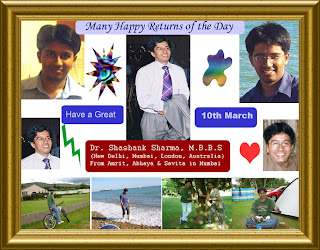 Madhushala – The tavern, is one of the most significant work of Dr. Harivansh rai Bachchan.

Composed in or around 1935 it had sort of created history on rendering of Hindi poetry in Kavi Sammelans during those times..

Dr. Bachchan used wine, the goblet, bar-maid and the tavern in such beautiful verses that it was instant hit with the general public. When it was first published it sold in huge numbers and Bachchan became a well known name amongst the literary circles.

Such is the intensity of Madhushala that after nearly 75 years it still puts its readers in ecstatic mood with the messages that have been conveyed so very naturally that one can not miss its meanigfulness even in today’s world.

This one work puts him in the class of Premchand and Sharat Chandra – the two men who are unquestionably the best amongst modern Indian writings.

Dr. Bachchan has been largely known for his poetic compositions yet in his four volume autobiographical account – Kya Bhoolun Kya Yaad Karun, Needd Ka Nirmaan phir, Basere Se door and Dashdwar se Sopaan Tak Dr. Bachchan has achieved equal heights in prose as well. I rate these four volumes of his in the same light as what he achieved with Madhushala. He was the first Indian to receive a doctorate in English Literature from Cambridge University for his thesis on William Butler Yeats.

Post Script: Today i.e. March 10 is the birthday of one nephew Dr. Shashank Sharma, who also did his higher studies in England before settling down in Australia a few years back. Last time when I met him at his sister’s marriage he agreed that Amitabh Bachchan could achieve so much in his profession as he was the son of Dr. Bachchan – that he had inherited a very good set of genes that were required to excel in his field. Well said Shashnk or Bins (Binseth!, Binnu). According to him Amitabh bachchan excelled in multi-starrer films and his performances in Deewar and Sholay are most outstanding! I I use this platform to wish a great Birthday to Dr. Shashank! If he had time he would have definitely written on this blog!

Happy Holi to all! Though I might just as well write something more worthwhile on the great festival of color later!
Posted by Abhaya at 11:53 AM