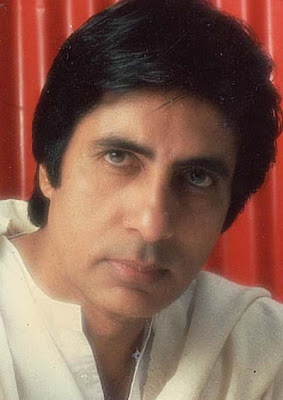 Today it seems is one day where confrontation than congratulations has set in more deeper in our conversation.

First I find great difficulty in getting across the message for misuse of my email id by some anu wije. Somehow the message finally appeared on 328(i).

The other reason for my today's yet another post is to question as to what makes you feel so high of Satyam. No doubt he writes good, but does he always writes always beautifully. Does he not on many occasions borrows from other minds like he posted such huge posts in favour or rather promotion of slumdog. I am referring to his some London daily reports.

There was yet another occasion where he had questioned the credibility of Dev Anand and had cast a doubt about what you had to say of the sadabahar Dev sahab. I distinctly remember his words as he said he does not remember any worthwhile movie post Johny Mera aam by Dev Sahab.

You have full rights to say what you wish to say of others but one can not digest that you base your opinion on the few posts and ignore other posts of Mr. Satyam which were objectionable atleast to me! I am sorry to say that someone who could doubt the contribution of Dev saab, Raj Kapoor ji and Mr. Dilip Kumar to the Hindi film industry - he is a naive, he is not scholarly enough, he is not well read atleast in that particular field. My apologies to you as well as to Satyam. He definitely has a good writing skill and in fact he probably pips me in sending the voluminous posts! what if they are containing other sources - that they carry not his but the views of the others! His usage of sending the two or three posts in support of SM had really put me off and I had remarked quite acerbically to him on one of these counts!

As a measure of my further reply to Satyam on the achievements of Dev Sahab - A list of his successful movies is included here for his perusal. CID, Jewel Thief, Asli Naqli, Kala Pani, Baazi, The Gambler, Prem Pujari, Hum Dono, Bambai Ka Babu, Teen Deviyan, Guide, Johny Mera Naam and his post Johny Mera naam includes Hare rama Hare Krishna, Warrant, Des Pardes, and Heera Panna . By any standards Dev sahab has been credited with the image of an evergreen hero. I hope I am able to help Mr. Satyam change his mind.

I think on another occasion I had requested him to say beautiful things about SM on his own blog even if he wanted to thrust upon us the views of some London tabloids and newspapers. And He did one day announce that he now has his own blog.

I have nothing against Mr. Satyam, other than these two incidences I do not really find anything objectionable in his posts. In fact some of the times I have rated his posts !

I know my views on him are not going to please you but having said so much for Satyam and so less for Subhash Kaura I beg to differ with you! Anyone may compile and collect the quotes and put them on FB or wherever but to be able to relate to the relevance of a topic nobody does it better than Subhash. I find Subhash praising Satyam and congratulating yet I would have picked him much ahead of Satyam for such a heap of praise. That is, If I were you, sad, it is not true, I can not be you in another seven births! I must add here than you definitely write much better than him but then it is not the matter of debate. Your acknowledging one so heavily and ignoring the real gem does cause some suspicion in my mind! I get a feeling that Satyam is more of a journalist whereas Subhash or Rose are mere admirers.

One of these days I was viewing Aamir Khan on Times Now. For all his good work he came noughts to me just because he took the names of almost every big man in the industry but gave your name a deliberate miss! How could he talk nice about SRK and Salman and not mention of you even in the passing. Let me assure you that - He has lost much of his credibility on that just one count of not mentioning your contribution- atleast to me! I never rated him as a big mass puller and though he may seem to be calling that he is not from mainstream cinema - who would call Sarfarosh, QTSQT, Jo jeeta.., Dil, Ghulam, Andaz apna apna or even Ghazini not from the mainstream. Who would rate his biggest Hit Raja Hindustani a work of art. Aleast not Abhaya Sharma. Other than Lagaan and a bit of Taare Zameen Par - he wanted to make money out of the latter by selling the DVD at an exorbitant price. I wanted to change my impressons of him after Taare but then after this Times now interview or whatever he is found caught at a silly point!

Sorry, if I have raised your blood pressure by these frank oipnions, I am not here to just dish out goodies alone, galat baat ka virodh kiya hi jayega, karna bhi chahiye, mai koi BK Usha ya Mahatma Gandhi to hun nahi ki sab kuchh undekha kar doon.
I rate you higher than any one in the Indian film industry and no one can change that opinion, not even Amitabh Bachchan, himself.

I am reporting the misuse of my email id anusite@gmail.com by some anu wije who has used it for bigb fanclub for the contest and lunch as the blog turns One.

I may not be so desperate to have lunch with you as I feel do not deserve such an honor but someone using ny email id is sure an issue of great concern. Could you find who this anu wije is who has used my email id. Is there some way that she or he could be disallowed to use it any further. The profile does not contain any thing and profile id is anu2102221.

I wish you could do something in this regard in consultation with bigadda. I hope that the impersonating account is deactivated immediately so that I could use m email to register as the true person lunch or no lunch is secondary! (smiling!)

(This is the third time I sending such a request, earlier I had posted on day 328 with no effect!)
Respected Brother,
Sadar Charan Sparsh,

I wish to add here that some one with name anu wiiie the profile id anu2102221 has hijacked my email id at anusite@gmail.com, I could change the password but it seems the person is still able to log in there. This cyber crime gets on to my nerve. The correction at www.bigadda.com should get this user deactivated. I have not created this profile and it hurts to see that someone else did.

I may probably be also prompted to drop my this gmail account like the previous one abs31may@gmail.com which was hijacked by some cyber criminal! I am slightly disturbed with this. Why should someone use my email account to give a profile at bigadda.com I am not so optimistic to join you for lunch as the blog completes one year! But should someone else get this privilege to sign into using my email! It is sad!

I don't know if some others have also been affected by such crimes! If my emails are being read I would not know!

I can only warn others to be little careful and to find by registering at bigadda.com through a link on this blog lunch with Mr. Bachchan! to find out if they too have been victims!
Abhaya Sharma India March 18 2009 11:58 AM
Posted by Abhaya at 4:05 AM