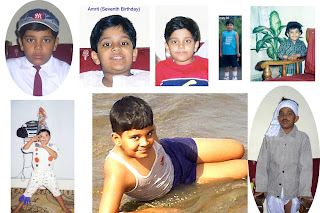 Respected Brother,
Sadar Charan Sparsh,
The more I try to evade and detract myself from the blog more you pull me into it by such thought provoking issues and debate! I have npw decided not to linger on the thoughts of leaving the blog! I don’t know whether it is for the good or the bad!
The main crux of the four articles submitted by you is aiming at reconstituting India and looking forward to where we want to take ourselves as a country. All four articles were read with great concentration and a willingness to absorb the contents as far as possible.
I would love to congratulate each one of Mahesh Vijrapurkar -Blackout in minimum city; The Hindu rate of wrath by Francois Gautier; The horror of Brand India by Antara Dev Sen and Stop Hate Speech my Mahesh Dattani। All have addressed the issues they have choosen and derive meanings that should be hailed in large sense of the word! Not every statement of everyone need to be correct or precisely to the point yet what they have written is thought provoking!
I would agree that someone has to take a step forward to put things in order nut I question who could that be! It is all very easy and simple to pinpoint the wrongs of the social system that exists in our present day India but is there another Vivekanand or even a Gandhi or Nehru who would try to resolve these issues! what we have is a bandwagon of our brand of politicians who would care no more and no less for a confirmation of their elections to the next assembly or for their personal and party oriented funds!
I do not see light for India as a country someone had proeprly called it a paper democracy! someone has also praised Hindu to be non-violent citing some perfect example and at the same time the other has raised the repersusions of Hindu-Muslim rivalry। The hate speech, the horror, blackout in a city and the wrath cover these issues more or less independently even if contradictig some others view point! That is nt important!We have to learn to evolve some action, we have to look forward to some forces that bind us together rather than divide!
I know it is difficult but not outrightly impossible, if one man can really rally the Indians into togetherness at this stage it could not be a politician, it could also not be a cricketer or a man of literature it has to be someone who has a mass following of the highest order in the country! Do not assume it to be a case of sycophancy it can only be Amitabh Bachchan - one man who in his last 40 years of existence made inroads into the minds of Indians of all hues and views! Do not ignore it as a whisical finding, do not rubbish this observation as a trash from someone ignorant and unaware!
If Amitabh Bachchan could please stand up and narrate to the Indians of their follies and futility and convert it into wisdom and fertility of minds, I do not see tha why we can not be bound together once again and develop into peace loving, harmoinous existence and work towards our own brand of brotherhood! The question is will he accept to enact the most important act of his life, the one that could mean so much for a country to traverse onto the path of success, on to the roads of development and into the streets of love and respect for each others coexistence!
I am not a good script writer, I loose the sense of focus too easliy and also get swayed away from the right directions yet I know that he can always look upon his father’s poetry to provide the ingredients and instrumentalise the new India!
We would listen to you Mr. Bachchan to hear what Dr. Bachchan had to say in Madhushala or his other beautiful poetic verses that were always rendered with the good of mankind in general and sometimes specific to the cause of India. Remember Bair badhate mandir masjid mel karati madhushala. Here friends the tavern house is only symbolic of love for human beings and not an invitation to get drowned into wine! Musalman au hindu hai do ek magar unka pyala - it does not mean that drink from each others cup of wine but emphatically suggests that life is same for Hindu or the Muslim. I too had written something similar when I wrote